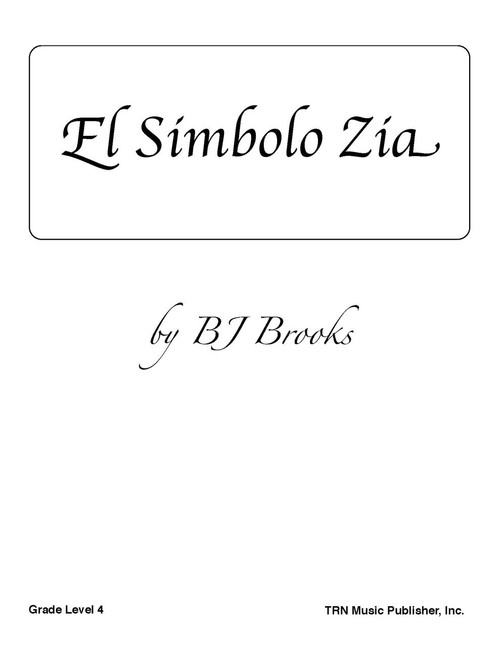 El Simbolo Zia, like so much of New Mexico, is a mixture of diverse elements. The Zia symbol is the perfect focus for a work dedicated to one hundred years of statehood for New Mexico. The icon, a red circle with four lines on the top, bottom, left and right and its symbolism, four directions, four seasons, four parts of the day and the four ages of life unify the piece in a significant and meaningful way. El Simbolo Zia is in four distinct sections, each representing a part of the Zia symbol. Each of these sections use a ternary (ABA) form to further suggest the cyclical nature of the Zia. In addition, a sort of theme and variations is in play in the chord structure at the end of each section further unifying the piece as a whole and symbolizing that each of us is unified by the elements suggested by the Zia as in the latin phrase “idem sed non eodem modo” (always the same but not in the same way).