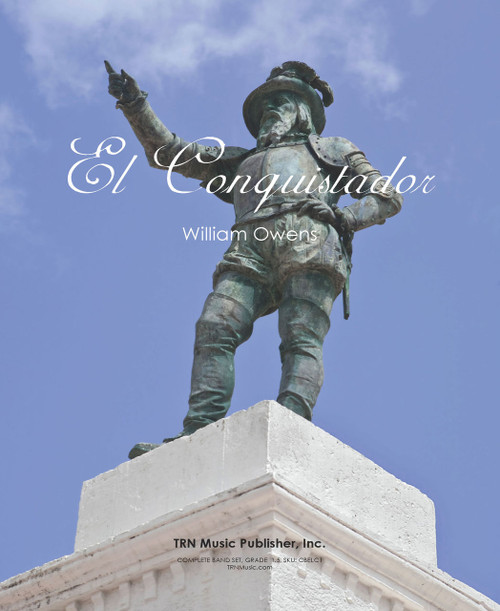 The Conquistadors were the bold Spanish adventurers who led the conquests of Mexico and Peru in the 16th century. El Conquistador is an intrepid, melodic Spanish-flavored march written especially for young concert bands. The work was commissioned by the Wedgwood Middle School Band of Fort Worth, Texas under the direction of Christina Walk. The premiere performance was given by the WMS Band in April, 2002.