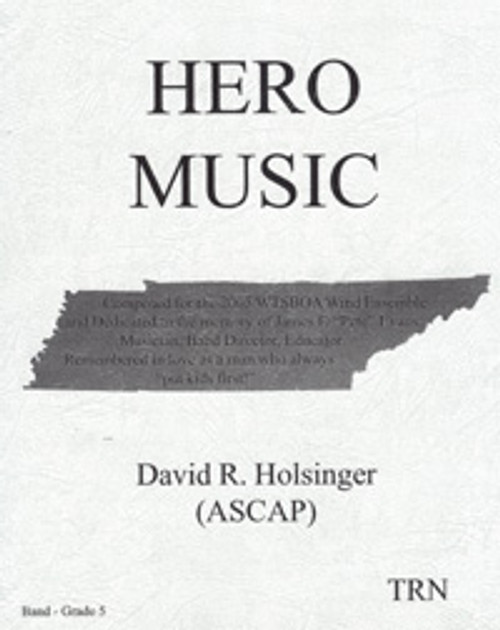 In November, 2000, James F. "Pete" Evans, a long time band director, later school superintendent and Tennessee Music Education Association President, passed away after a long bout with cancer. Remembrances of Evans by former students and friends paint a picture of a man who profoundly impacted thousands of lives. It is said, over and over, that here was a man who had a legitimate concern for kids; they were his number one priority! Being late to the State of Tennessee, I did not personally know this man. However, when I was asked to compose this work, I was handed literally dozens of letters and remembrance, stories and articles, chronicling his life and accomplishments. I was regaled by many of his former students, who because of his great influence in their lives, became, over the years, also his colleagues in music education. Band Directors, musicians, friends . . . All had wonderful words and memories of this man. They spoke of a precious man. A beautiful man. A good and special man. They spoke of someone they all loved and who had left each of them with a legacy of grace and faith and hope. They spoke of a world made so positively different because he had been a part of their lives. I have attempted to express in music my impression of all those voices who spoke to me about Pete Evans.