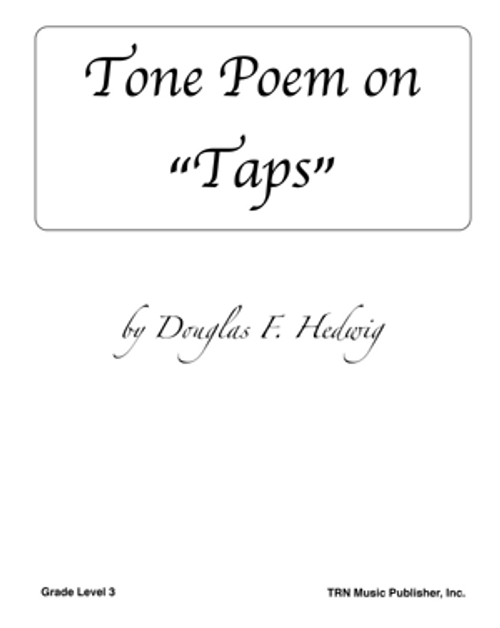 Composed in 2012 in honor of the 150th Anniversary of "Taps," Tone Poem on "Taps" evokes the spirit, emotion, and meaning of America’s most famous bugle call within a contemporary setting. Though entirely original, the noble, spare and elegiac opening theme is inspired by the phrasing and rhythm of “Taps.” The lyrical and yearning second theme is first presented in the solo oboe, while the contrasting, fanfare-like third theme harkens back to the battlefield origins of "Taps" during the Civil War. The counterpoint in the following section combines the lyrical secondary theme with a rhythmically-augmented statement of the original "Taps" melody in the upper woodwinds. The opening theme then recurs in the solo trumpet and euphonium, as the work concludes with a final echo of glory past and future in the three-note motif in the solo bass drum leading into the final chord. Tone Poem on “Taps” was premiered by The West Point Band, under the direction of the composer, on September 2, 2012.