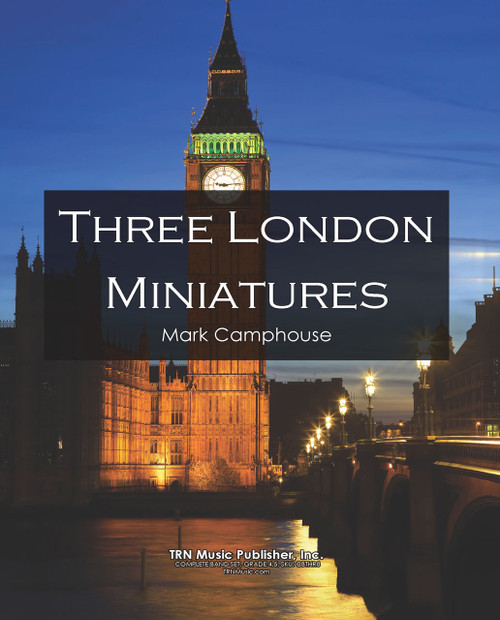 I have had the pleasure of visiting Great Britain on three occasions; twice for professionally related work in 1975 and 1995, and most recently while on a family vacation during the Holiday Season, December-January, 1996-97. If I had to select a 'favorite' foreign city, London - with it's warm people, unique urban charm, and rich historic and cultural traditions - would certainly rank at the very top. While all of the musical arts thrive in that fascinating city, the majestic and dignified traditions associated with English choral singing in particular, are especially impressive and memorable to experience. Movement I (Westminster Hymn) centers around a sturdy (originally composed) hymn tune having a decidedly Anglican flavor. Intermittent brass fanfares represent the regal and ceremonial traditions of Westminster Abbey. Movement II (For England's Rose) is an expressive, lyrical tribute to the late Princess Diana (1961-1997). Movement III (Kensington March) is a spirited, petite march in English Style.