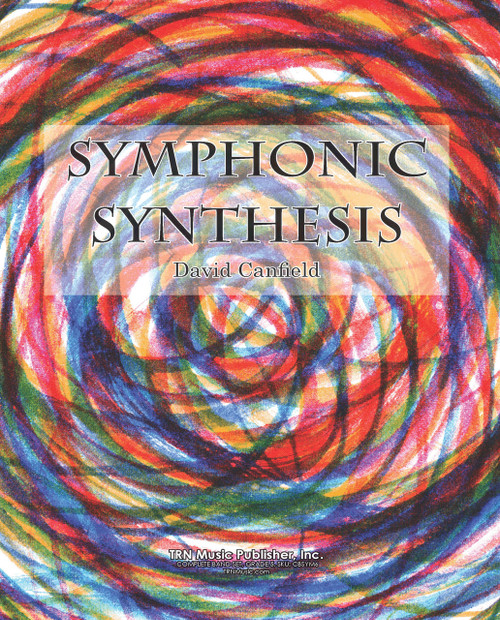 Symphonic Synthesis was begun on June 9, 2010, and completed 12 days later. It was originally writtenas a work for high school band, entitled The Snipe Hunt. The present version, more advanced in itstechnical demands, was written for collegiate or professional ensembles.

The work is written to synthesize different moods and instrumental colors in the contemporarysymphonic wind ensemble. One hears the juxtaposition of classical and jazz elements, tonal and atonal(including the 12-tone row heard in the opening bass clarinet solo), and spiky rhythmic passagesinterspersed with chorales and other calmer sections.

Symphonic Synthesis was premiered by the dedicatees on April 29, 2011 in Herndon, Virginia, and was recorded by them on the US Navy Band's label, on a CD entitled Derivations.