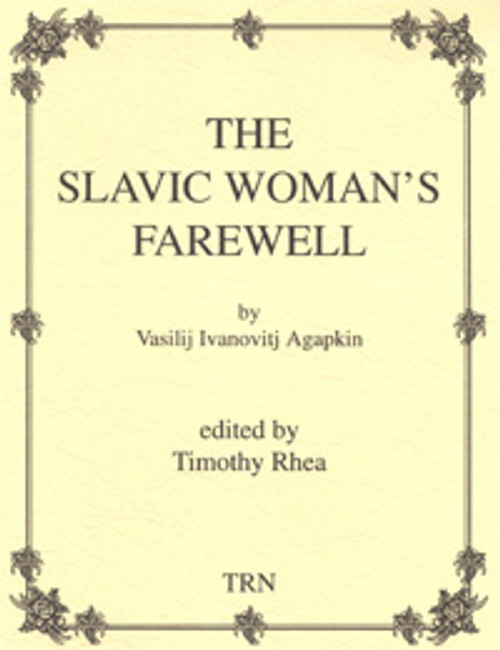 "The Slavic Woman's Farewell" is one of the best known marches in Russia and enjoyed immense popularity during World War I. Agapkin supposedly was inspired to write this march after having seen newsreels of the Balkan War. This present edition was prepared by Timothy Rhea for the Texas A & M University Symphonic Band for their February 1994 performance at the Texas Music Educator's Association Convention in San Antonio, Texas. It was done using the original Russian band score as well as recordings by various Russian military bands.