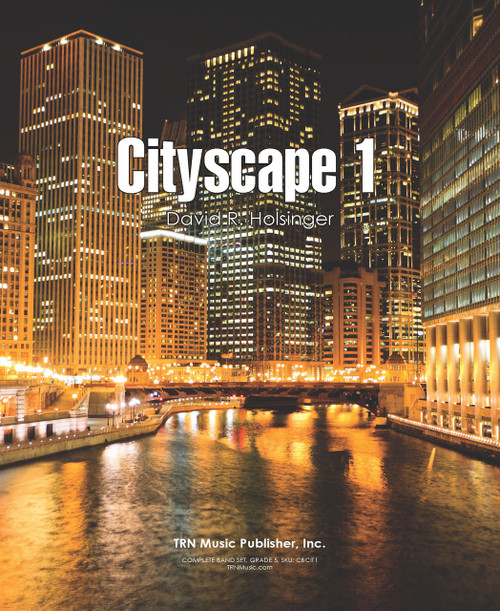 Usually when I fly in the New York City area, I tend for whatever reason to land in Newark, New Jersey, but this past year, on a trip to Long Island, New York, my arrival destination was the sometimes scary, but always aviationally historic LaGuardia Airport. As far as I am concerned, the magnificent view of New York City Harbor and the pass by Manhattan up the East River is the most magnificent seven minute view imaginable. The combination of an inspirational panorama of the Statue of Liberty and Ellis Island with the density and magnitude of New York City is incredible when viewed from a few thousand feet overhead. Obviously I was inspired. A three-part series of "cityscapes" is on the horizon. CITYSCAPE I takes place in early evening and on into the festive hours of the night. This rhythmic dance festival piece celebrates the vibrancy of the city people, joyous revelers, bathed in the glitter and pulsating sparkle of neon streets. It is a musical portrayal of the hustle and frenetic energy of frantic night life on the city streets, tangled traffic and all. It is Act one of a portrait that can be both light and dark in the blink of an eye. Festive Hours and Neon Night.