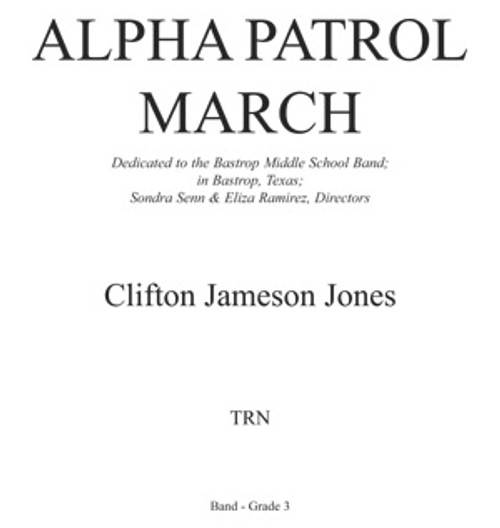 Alpha Patrol March is an original march for young concert band, which has two main thematic ideas. The first theme should begin softly and mysteriously, as if the band is up to something sneaky. A variation on this first theme begins at m. 30, which becomes big and percussive. The second theme at m. 60 is like the traditional trio of a march and should be flowing and chorale-like. Concluding the piece, the first theme reappears at m. 82. Alpha Patrol March is dedicated to the Bastrop Middle School Band in Bastrop, Texas, directed by Sondra Senn and Eliza Ramirez.