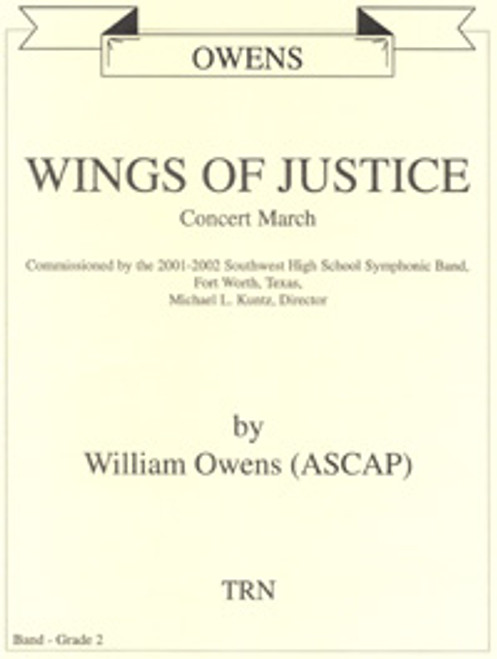 Wings of Justice Concert March was commissioned by Mr. Michael Kuntz and the 2001-02 Southwest High School Symphonic Band of Fort Worth, Texas. The premiere performance was given by the SHS Band at their U.I.L. Band Contest in April of 2002. Written in traditional march style, Wings of Justice can be effectively performed by middle school bands, and high school bands of modest proficiency. It is an excellent choice for any concert/contest program.