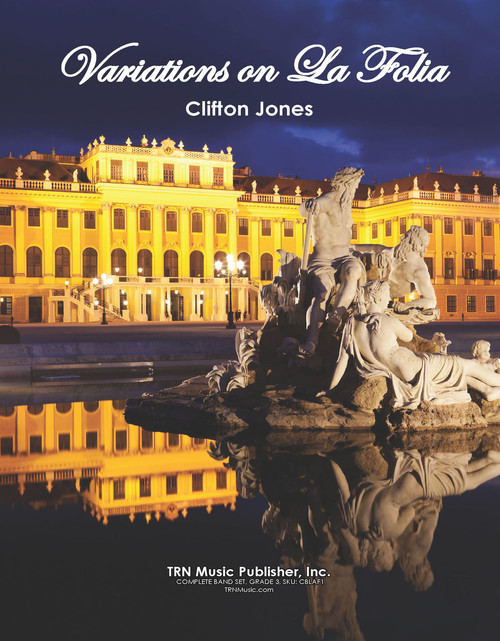 'La Folia' is a popular tune, probably from 15th century Portugal or Spain, that became a musical phenomenon in the 1700's. 'La Folia' literally means 'mad' or 'empty headed' and the name probably derives from a fast, rather wild dance in 3/4. The dancers were supposedly driven mad by the noise and rhythm. Later in the late 1600's, it calmed down a bit and became a popular melody which intrigued many composers of the time.

The great French composer Jean-Baptiste Lully wrote a set of variations for keyboard on 'La Folia,' published in 1672; later composers who used Lully's setting as a model for their own variations include Corelli, Geminiani, Vivaldi, J.S. Bach, C.P.E. Bach, and Rachmaninoff. 'La Folia' became not only a melody, but also something similar to a 'passacaglia,' since the bass line and harmonic progression are fixed; rhythmically it became similar to the 'sarabande.'

The first performance of this version of "Variations on 'La Folia' " was by the A&M Consolidated H.S. Wind Ensemble (College Station, TX) conducted by Van Henry.