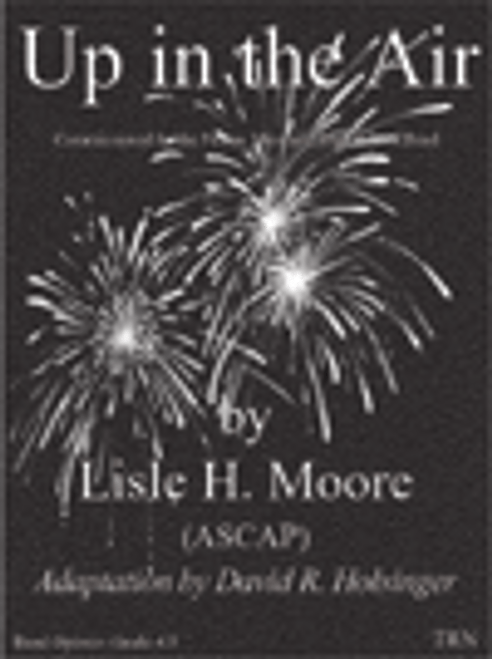 Up in the Air

Up in the Air

Composer, Lisle Moore III, is like one of those character actors you see in a dozen movies every year. Those marvelous actors who really add to the colorful palette of the movie - whom you can’t imagine the movie without - but you really have no idea what their names are!

There is a possibility that you have heard the music of Lisle Moore a dozen times and didn’t know it. You have heard his music countless times on TV commercials, in literally scores of movie trailers, and in the action sequences of major motion pictures. However, his name never appears in the credits. For the past 10 years he has become one of those “go to” guys in the commercial music community for TV and movie background music. And he’s been very successful being the “unknown” composer.

Lisle was asked by his hometown high school in Fulton, Missouri, to compose a concert opener for the band’s appearance at the Missouri Music Educators Convention in January 2010. He immediately came up with this concert opener, UP IN THE AIR! However, because he lives in the world of Hollywood orchestras, his rendition wasn’t exactly band-friendly, especially with key signatures of E, A and B!

Through his Dad, a former college classmate of mine, Lisle asked if I could help adapt it to the concert band medium. Admittedly, I did add the introductory measures using his material and “bent” a few of his more dangerous modulations. With more band-friendly key choices, the adaptation is a very exciting concert opener that assures one thing in the future. Lisle Moore III will not be an “unknown” composer for very long among band folks!