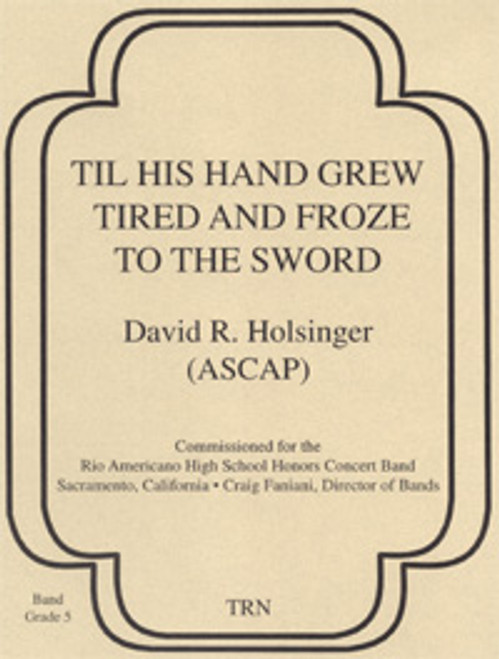 Again, the composer reaches into the Old Testament to paint a bold and brutal picture of combat and triumph. In the 23rd chapter of II Samuel, there is a story about David and his "Mighty Men", and in particular, one named Eleazar. The composer was especially taken with a portion of the scripture that reads: "As one of the three mighty men, he was with David when they taunted the Philistines gathered at Pas Dammim for battle. Then the men of Israel retreated, but he, Eleazar, stood his ground and struck down the Philistines til his hand grew tired and froze to the sword. The Lord brought about a great victory that day. The troops returned to Eleazar, but only to strip the dead."