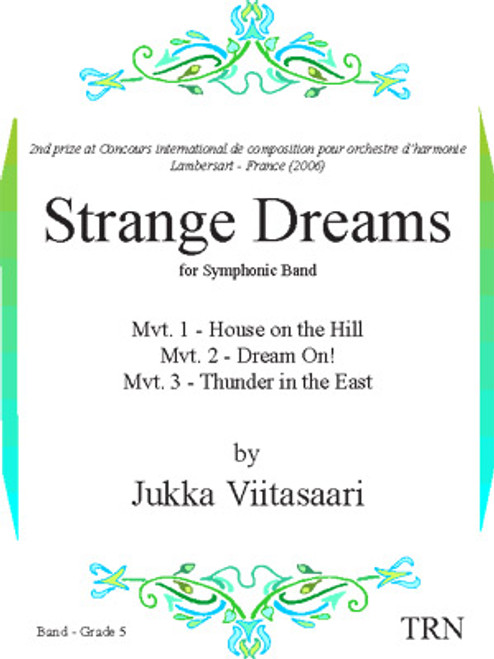 Strange Dreams was commissioned by the Rauma Wind Band for their 85th Anniversary (2006), and it won the 2nd prize at Concours international de composition pour orchestre d'harmonie Lambersart - France 2006.

The brass sextet version won the 2nd prize at the Humboldt State University (California) Brass Chamber Music Workshop composition contest in 2007. SD is based on the composer´s recurring and one-off dreams.

Mvt.1 "House on the Hill" haunts the composer quite regularly: an empty house in which the Serpent already awaits the artist.

Mvt. 2 "Dream on!" is, sadly a one time romantic dream (1998) about Jukka Viitasaari and Uma Thurman.

Mvt. 3 "Thunder in the East" is inspired by the stories told by the late Lauri "Grandpa"Viitasaari, a veteran of two wars with the Soviet Union.