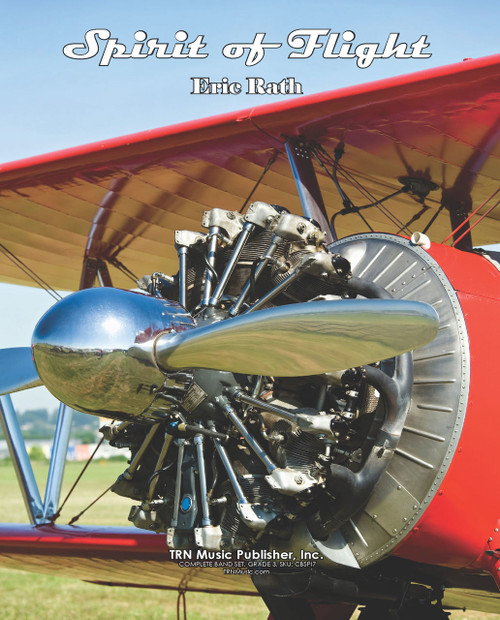 Awash with the sounds of Americana, textures of wide-open spaces and the mechanistic rhythms of airplane engines and dogfights, The Spirit of Flight harkens back to a time of aeronautic innovation and patriotism associated with the early days of aviation.

Commissioned by Scott Simmons for the Thorndale High School Band (Thorndale, TX), The Spirit of Flight celebrates the advent and invention of manned, fixed-wing flight. The piece hints at military, war-time influences, and features driving tempos that represent dogfights and the exhilaration and nervousness of flying for the first time.

The piece was premiered by the Thorndale High School band during the fall of 2010, and then revised and "re-premiered" on January 16th, 2013 by the Region III All-Region Freshmen Band in Forney, TX with the composer conducting.