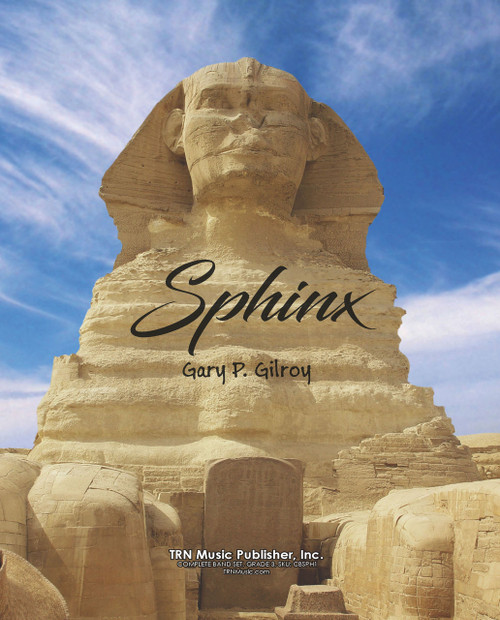 The Sphinx is an exciting concert opener for intermediate concert band that offers extensive percussion writing for younger players. The work is inspired by the following: What begins life with four legs, then two and finally three? The answer - humans. As babies we crawl on four legs and then learn to walk on two. The idea is that humans often end their existence on earth walking with a cane, thus three legs at the end of our lives. This work uses a rhythmic motive that is made up of series of eighth notes in patterns of four, two and finally three. After a mysterious opening with some unusual percussive effects, the 4-2-3 motive is heard throughout the work in both eighth notes and quarter notes. The minor mode is overtaken only in the final measures as the work comes to a climactic finish.