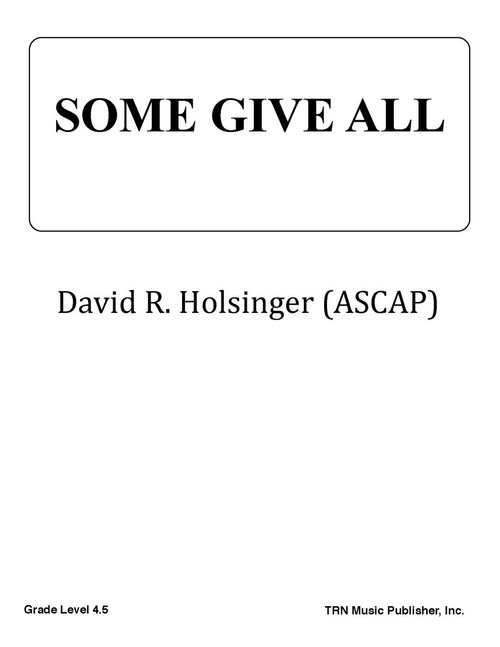 A year or so ago, I was approached by Thornton Community Band conductor, Jon Borodach, concerning writing a piece to honor a young man from Thornton, Colorado, who died in the first days of Operation Iraqi Freedom. U.S. Marine, Lance Corporal Thomas Slocum was killed in an ambush on the third day of the military operation to remove Sadam Hussein’s regime and the potential for weapon production and distribution to terrorist organizations. It was a shocking loss, not only to his family, but also to an entire community.

I am a veteran. I served in the U.S. Army from 1968 to 1971. It was not a good time to be in uniform. Some of my friends who served in Vietnam returned home to be spit upon and called “baby killers” by an unsympathetic and jaundiced public. Some of my friends died there and anti-war radicals here at home publicly cheered their deaths. That was then. And this is, hopefully, a different time.

Now, as I travel, I gladly stand and applaud as troops file off an aircraft. Now I thank these young people as I pass them in the corridors for serving their country. I weep each week when I see the casualty reports and see the names of young men and women lost so early in their years. And as the decades go by, I stand taller and prouder every Veterans Day. I am unashamed to call myself an American patriot.

Would I write a work to honor a fallen hero? Try and stop me.