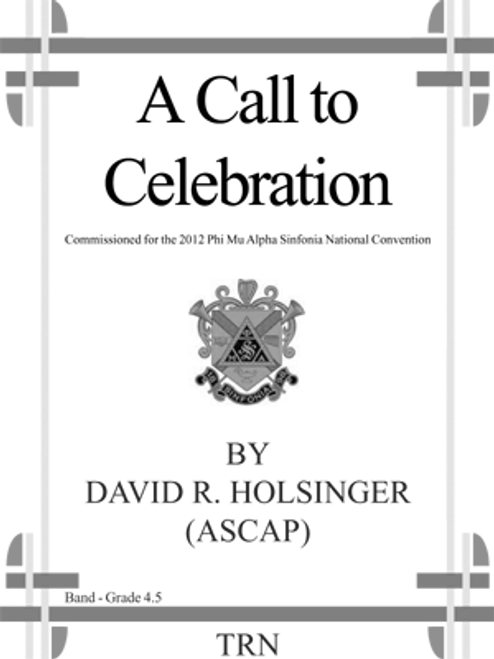 Call To Celebration, A

Call To Celebration, A

Commissioned to open the concert of the Phi Mu Alpha Sinfonian National Wind Ensemble at the fraternity’s 2012 National Convention, the composer chose two favorite fraternity songs to highlight in this short fanfare. The first was the SINFONIAN ANTHEM (“All Hail, Sinfonian Brothers”), an energetic march-like song written in 1908 and the SINFONIAN HYMN (“Let each man take his lot and place”), penned in 1914 and based on a serene and introspective melody from William Gardner’s “Sacred Melodies” published in 1815. The composer has always been drawn to both these melodies since his introduction to them as a college student member of the fraternity and although they might seem far afield in styles, their unlikely juxtaposition in one short fanfare was just the challenge needed to unite them in this concert opener.