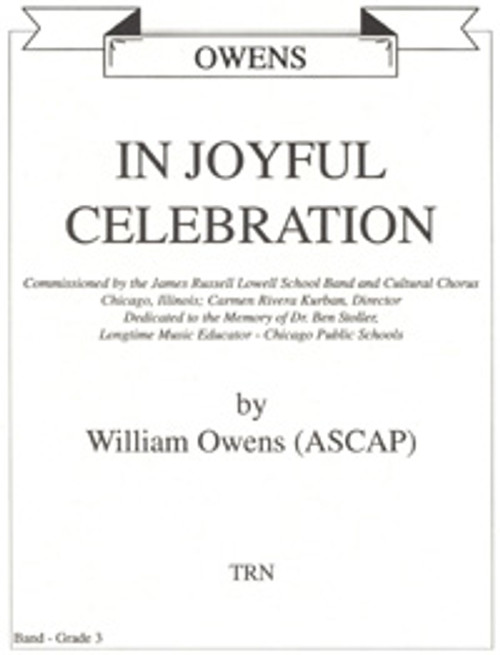 DR. BEN DOC STOLLER, a widely admired educator and musician of the Chicago Public Schools passed away on October 29, 2002. Throughout his career, Doc taught thousands of students and always encouraged them to be nothing but the best. After Dr. Stoller retired, Carmen Rivera Kurban, his former student, asked him to assist her in starting a new band program at James Russell Lowell School in Chicago where he helped create an award-winning organization. Dr. Stollers untimely death has left a great void at Lowell School as well as with all those who have had the privilege of performing under his baton. We, the James Russell Lowell School Band and Cultural Chorus commissioned In Joyful Celebration in honor of our beloved Doc, so that his memory and his music will live in our hearts forever. Carmen Rivera Kurban, Director