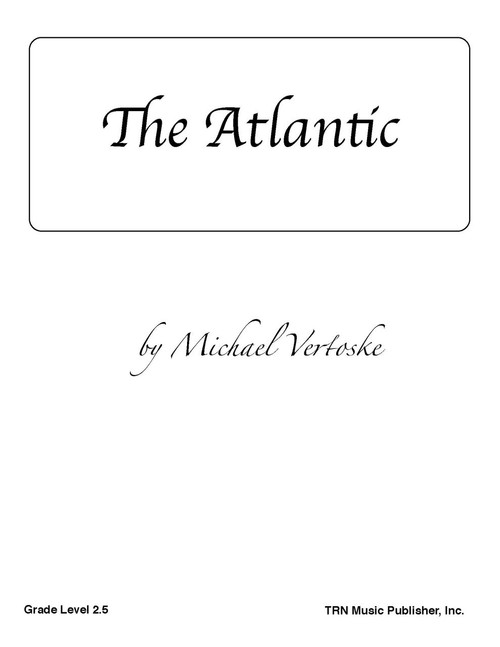 The Atlantic was a passenger train that served both Canadian and U.S. territory between Montreal, Quebec and Halifax, Nova Scotia. The Atlantic and its predecessor The Atlantic Limited (along with several other local trains) was the only passenger rail service in the U.S. state of Maine from the late 1960s until operations were discontinued in December of 1994. The Atlantic also holds a unique distinction in U.S. railroading history as it operated the last regular‐service steam‐heated passenger train in the United States until it was converted to electric power in 1993.

This composition depicts the sounds and imagery of a classic passenger train ride. Colorful and rhythmic percussion parts, coupled with punctuated melodic and harmonic material are combined and allow musicians to create a vivid image of a ride on this historic train. Contrasting legato melodic lines are interspersed into the composition and evolve into a mini‐chorale from rehearsal letters C through D. All percussion parts are vital to the overall effect of the piece. Therefore, it is preferred that all percussion parts be assigned, even if it means "borrowing" players from other sections of the ensemble that may be otherwise "over‐staffed."