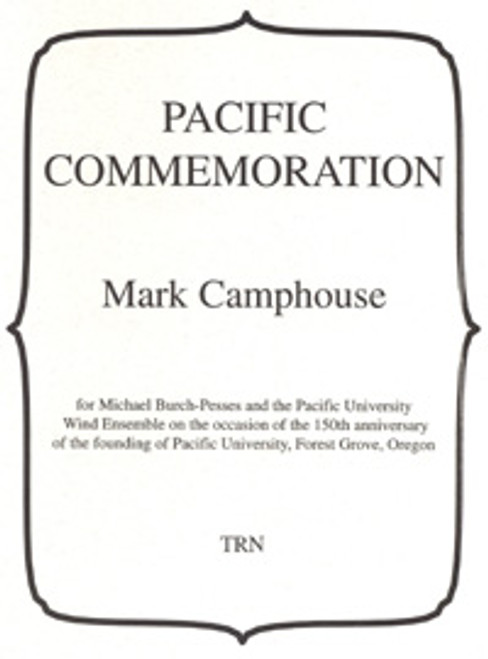 I have found the spirited history of Pacific University to be an especially fascinating one. While it would have been very tempting to compose a large scale, multi-movement work based on the visionary leadership of Pacifics enduring founders: Rev. and Mrs. Harvey Clark, Tabitha Brown, Rev. George Atkinson, and Sydney Harper Marsh, the commission for Pacific Commemoration stipulated that the work be seven to eight minutes in length . . . not nearly sufficient duration for a musical tribute to those truly distinguished individuals. Indeed, a work of Wagnerian proportions would be in order to best portray each of their unique and splendidly audacious lives and achievements! Initial sketching of this sonorous and challenging work began shortly after a brief February 1999 visit to the Pacific campus in Forest Grove, Oregon. In conceiving Pacific Commemoration, I thought it appropriate to focus on three broad and very important "themes" which:

I am most grateful to have had the opportunity to share my sense of musical joy and celebration with the entire Pacific University community on the occasion of the 150th anniversary of its founding. Pacific Commemoration was premiered on December 7, 1999 by the Pacific University Wind Ensemble, Dr. Michael Burch-Pesses, conductor. -- Mark Camphouse