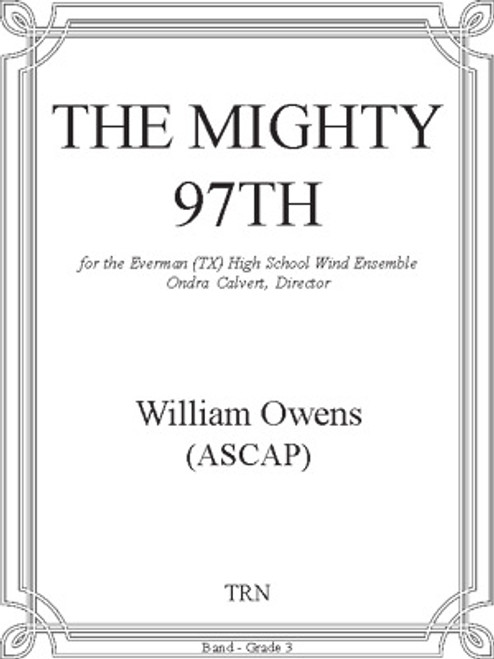 THE MIGHTY 97TH is a bright and rousing march for concert band and is respectfully dedicated to the 97th Army Corps of Engineers, an all African-American regiment whose work on the Alaskan Highway Project (aka ALCAN  ALaska-CANada) during World War II, though highly vital to the war effort, is sadly overlooked. With ever-looming challenges such as extremely harsh cold, insufficient accommodations and a tyrannical general whose father had been a Confederate officer in the Civil War, these courageous men nobly persevered and never felt their task was insignificant. This spirited march reflects the integrity and resilience of this great regiment.