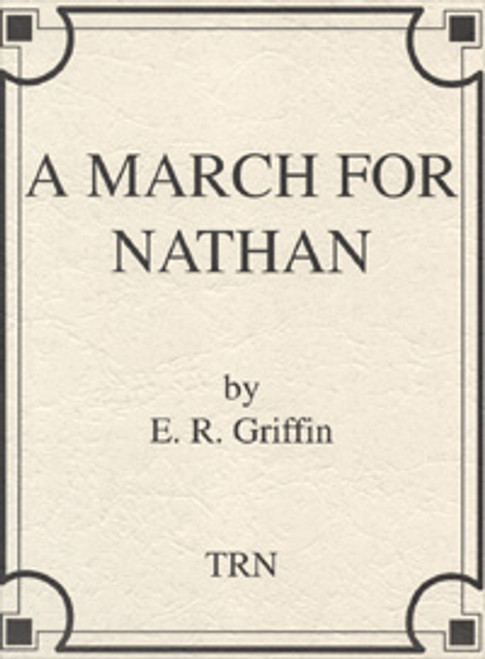 March for Nathan, A

March for Nathan, A

The march is a toe tapping traditional march which is written for a small and/or young band. It is scored in such a way that could be easily performed by a little over a dozen players without losing any parts or lines and should be performed at a march tempo in a light march style.

The title comes, for lack of a better idea, from its happy, carefree similarity to the composer's 3 year old grandson.