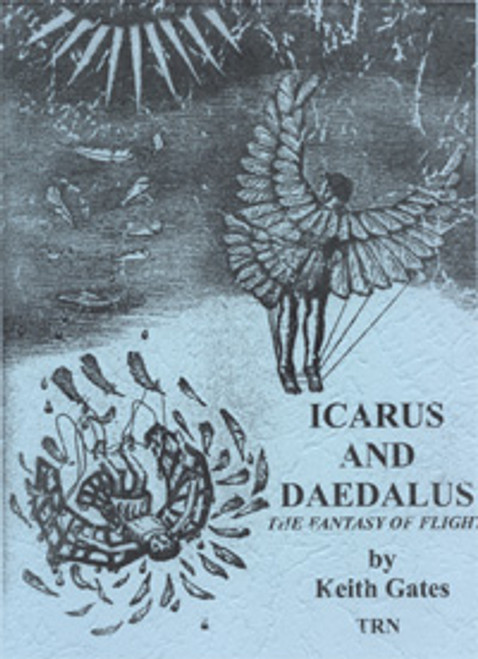 Icarus and Daedalus (The Fantasy of Flight) In The Fantasy of Flight was commissioned by the Air Force Band of Flight in 1992, and received its world premiere at the Indiana and Ohio Music Educator's Association Conferences in Indianapolis, Indiana, and Cincinnati, Ohio, in January, 1993. The Greek mythological character, Daedalus, a descendent of Erechtheus, King of Athens, was the world's first aviator. He was also the most ingenious artist and inventor of the age, responsible for developing the ax, wedge, wimble, level, sails for ships, and many other mechanical instruments. According to Greek legend, Talos, Daedalus' nephew, promised to be as ingenious and inventor as his uncle, so Daedalus killed him. Fearing for his own life, Daedalus fled Athens with his son, Icarus, and settled in Crete. There, Daedalus was ordered by King Minos to build the famous labyrinth. Later imprisoned in the labyrinth by the King, Daedalus was able to escape the island by making a set of wings out of wax and feathers for himself and his son. Icarus, however, flew too near the sun, the wax joints on his wings melted, and he fell into the (Icarian) sea, named after him. Daedalus arrived safely, but sorrowfully, in Sicily.