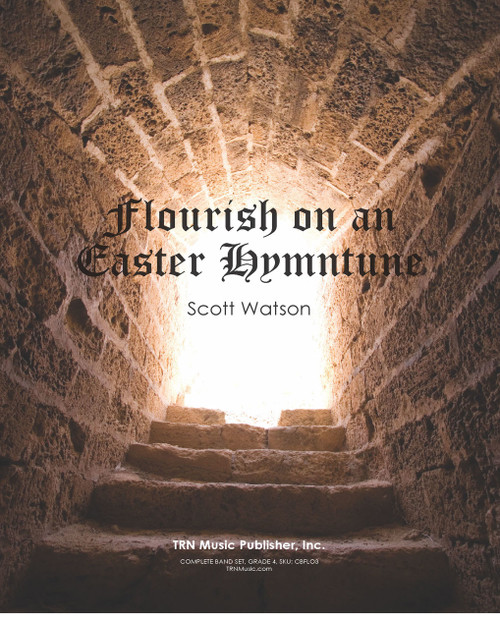 Flourish on an Easter Hymntune

Flourish on an Easter Hymntune

“Christ the Lord Is Risen Today,” perhaps the most popular Easter hymn in Christendom, was first found in English translation in the collection, Lyra Davidica (1708). The modern form of the hymn first appeared in John Arnold’s The Compleat Psalmodist, issued in London in 1749. Many appoggiaturas and passing tones were added later in the century, which appear today in many English and American collections.

In this energetic setting for band, the excitement of the message of the hymn’s first line, “Christ the Lord is risen today!” is conveyed by shifting meter (primarily 6/8 + 2/4), harmonic twists and turns, and colorful orchestration which includes bright, antiphonal writing (woodwinds vs. brass) and prominent battery and tonal percussion. From the opening timpani ostinato to the rousing conclusion that “pulls out all the stops,” Flourish On An Easter Hymntune musically proclaims the triumph over the grave celebrated by many the world over.