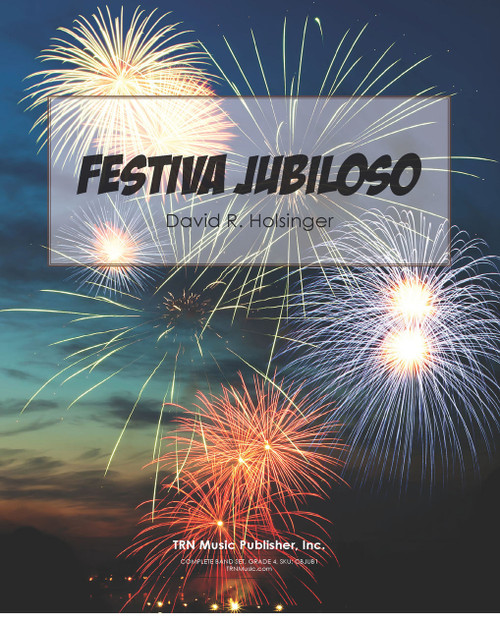 Holsingers newest work is a concert festival piece, with alternating musical components; the first, a punctuated aggressive syncopated motive, the second, a rollicking humorous playful montage, and the third, a spirited bassoon and flute duet that constantly reinvents itself in the orchestration, while the opening two themes duel for reestablishment. Written to celebrate the 50th anniversary of the South Dakota All-State Band, Festiva Jubiloso was premiered by the South Dakota Year 2000 All State Band with the composer at the helm.