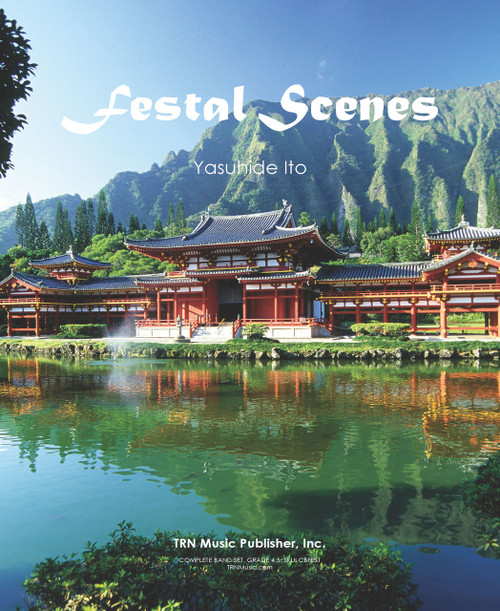 Festal Scenes is already well known in this country, having been performed from the manuscript by the University of Illinois Band (under the direction of James Keene) in a performance for the American Bandmasters Association in Knoxville, Tennessee, and by the United States Air Force Band (under the direction of Col. James Bankhead) in a performance for the WASBE convention in Washington, D.C., and other notable performances, as well as hundreds of performances in Japan. Mr. Ito, a resident of Tokyo, Japan, is considered one of Japan's most promising composers. Imaginative scoring for the percussion instruments and the use of four joyful Japanese folk tunes depict a true festive atmosphere. Performance time is 6 minutes.