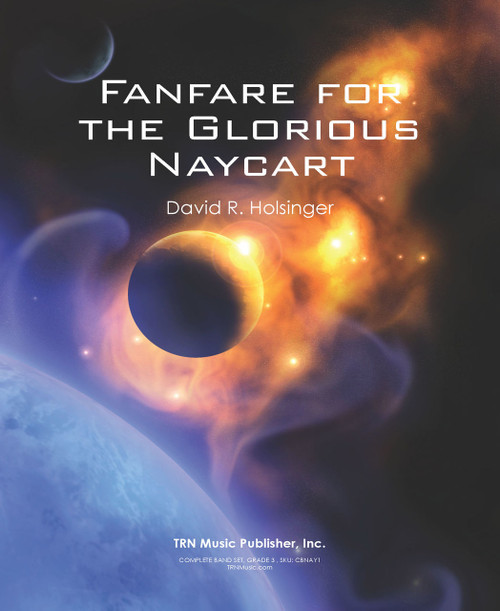 Fanfare For The Glorious Naycart

Fanfare For The Glorious Naycart

Fanfare for the Glorious Naycart On the Planet of No-Moon, In a Land near the Kingdom of Sag V'sal...Commissioned for the 2002 Clark County Middle School Honor Band, Las Vegas, Nevada, Tracy a. Leslie, Chairperson. As with a few of the composer's previous works, GMYWAY'S REVENGE! and THE ARMIES OF THE OMNIPRESENT OTSERF, we find ourselves in a distant mythical land, where intertwined within the title and pre-title are hints, anagrams, and literary allusions that point to the target of the composers musical tribute, usually a friend involved in the project. Suffice it to say, if all that seems much too much mental strain, let us just concur that here is a Royal Fanfare and Entry for the Glorious NayCart, Princess of the Realm near the Kingdom of Sag V'sal.