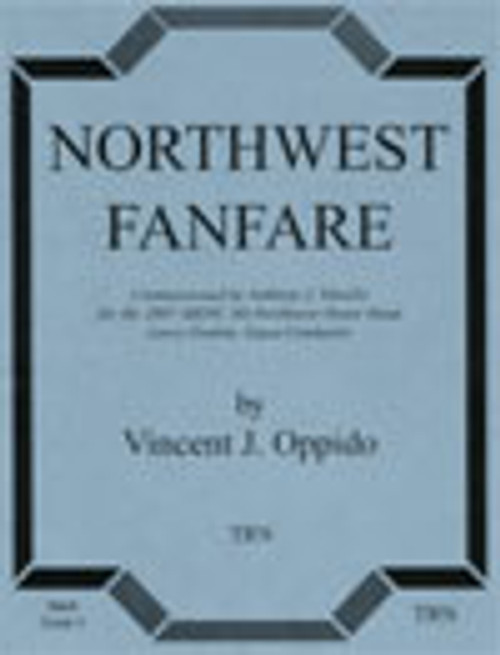 After a successful premiere of Skysplitter! with the 4-A Texas All-State Symphonic Band in February 2006, my mentor and friend, Tony Maiello, asked me to compose an opener for the 2007 MENC All-Northwest Honor Band. I was honored to do so! Work on Northwest Fanfare took place during late summer, early fall of 2006. Like its predecessor, Northwest Fanfare is nothing more than an exciting, fun opener for wind band.

I had planned to attend the premiere of the work in February of 2007 along with Mr. Maiello (who was the guest-conductor of the honor band); however, an untimely blizzard on the east coast left us stranded in Fairfax, VA. Larry Gookin, Director of Bands at Central Washington University, stepped up to the plate and filled in as guest-conductor and rendered a very noteworthy and exciting premiere of the work.

On a personal note, I would like to add that a friend of mine at George Mason University, Amy Tanna, was the first chair flutist in this ensemble. While speaking of the work one day, she jumped out of her seat and said, Oh yeah, I premiered that piece! Just goes to show you, once again, how small the music world truly is! -VJO 10-29-08