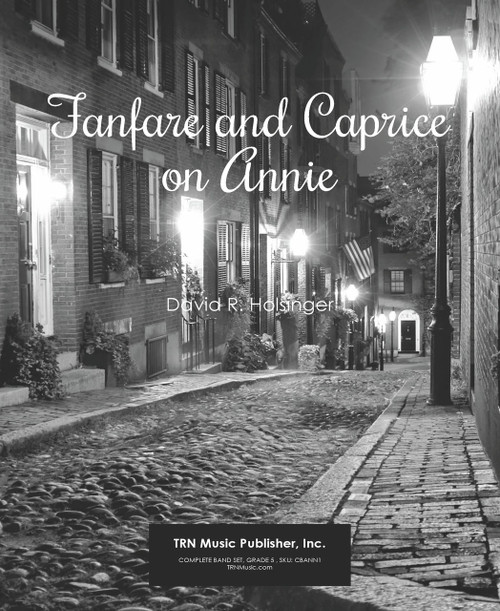 Fanfare and Caprice on "Annie Lisle"

Fanfare and Caprice on "Annie Lisle"

This composition for the Bradley Central High School Symphonic Band is based partly on one of the best known “unknown” songs in American history.

“Annie Lisle” is the name of an 1857 ballad by Boston, Massachusetts songwriter H.S. Thompson, and first published by Moulton & Clark of Newburyport, Massachusetts, and later by Oliver Ditson & Co. It is about the death of a young maiden, by what some have speculated to be tuberculosis, although the lyric does not explicitly mention tuberculosis, or "consumption" as it was called then. The song might have slipped into obscurity had the tune not been adopted by countless colleges, universities, and high schools worldwide as their respective alma mater songs.

The first college to have used the tune in a spirit song seems to have been Cornell University. In 1870, students Archibald Weeks and Wilmot Smith wrote “Far Above Cayuga’s Waters” and used an adaptation of Thompson's melody. Many other colleges and high schools, almost certainly influenced by Cornell's version, have since created their own renditions.

Which leads us, of course, to the fact that Bradley Central High School also uses this melody as the basis for their alma mater. It seemed only fitting, when composing for the opening of their new Fine Arts Center, that somewhere in the piece, this tune should appear amidst the fanfares and energetic swirls of celebration music.