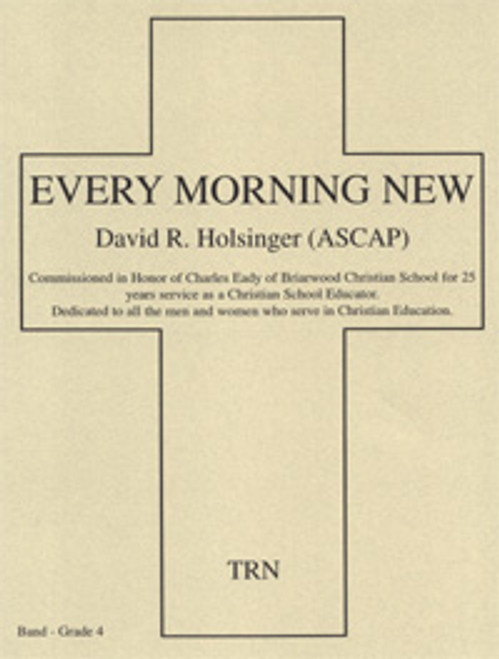 Commissioned in Honor of Charles Eady of Briarwood Christian School for 25 years service as Christian School Educator. Charles Eady's friends and colleagues at Briarwood Christian School asked the composer to help them honor a man who had devoted 25 years to music education in the Christian School venue. Kris Dekker, Assistant Director of Bands, asked that Holsinger use Mr. Eady's favorite hymn as a basis for that tribute. "Great is Thy Faithfulness" is, surprisingly, not an old hymn. In fact, it was written in 1923. The words were written by Thomas Chisholm in Vineland, New Jersey, and the music as composed by William Runyan, who lived in Baldwin, Kansas. It was first published by Mr. Runyan in a compilation entitled Songs of Salvation in 1923. The hymn appears to have languished for almost a quarter century before beginning to appear in denominational hymnbooks. Its first appearance in the southern Baptist hymnal, for instance, was not until 1956.