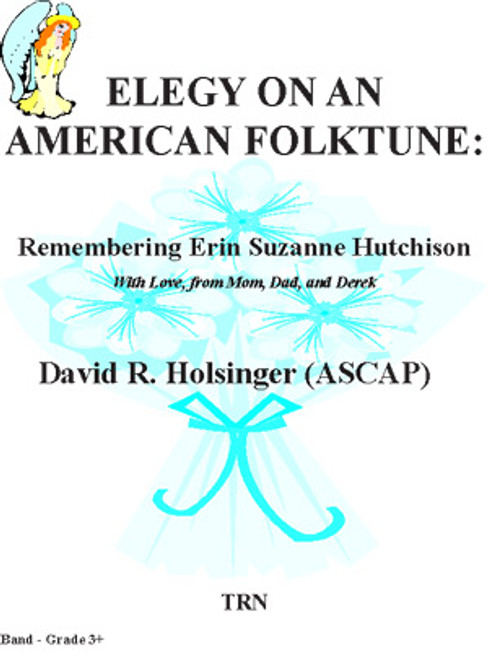 Erin Suzanne Hutchison was a vivacious young lady. She was a "band geek!" She played F Horn alongside her brother, Derek, at Anacapa Middle School and Ventura High School in Ventura, California, and loved every minute of it. Music was at the center of her family's life. She also battled Cystic Fibrosis all of her life. As the first semester of her freshman year was coming to a close, the unimaginable happened. Erin apparently contracted a flu bug, and suddenly her life was in jeopardy. As would transpire with this terrible affliction, Erin's body quickly began to fail her. Erin had the most deadly and common form of Cystic Fibrosis, and as a female, when she reached adolescence, the disease had begun to take its toll more than anyone really knew. In less than a week, Erin's status declined beyond help. Only the ventilator was sustaining her organs at this point, and Erin's parents asked God for the strength to make the loving decision that most parents of Cystic Fibrosis children make well before their children get to this stage. And so, as tubes were removed, Erin, surrounded by her family, went to sleep with dignity in the arms of her Mother and Father four months before her fifteenth birthday. And in a split second, she awoke in the company of angels. Erin's parents Gregg and Nanette, asked me to write this work, based on this favorite American folk song, as a tribute to her life and to honor her memory.