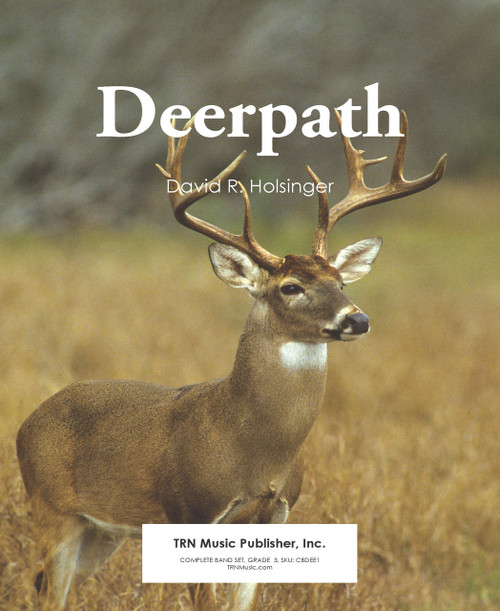 The wonder of imagination is that certain words, when you first hear them, produce mental images that stir the visionary juices of the creative process . . . Such a word was "Deerpath". Now beyond the obvious, my imagination ran rampant thinking in "James Fenimore Cooper Mode"; early colonial days,, the opening frontier, the colonization wars of early America, specifically the French and Indian campaigns of the 1700's . . . Anyway, I was sure I had happened upon THE true and positive historical factor that would make this piece blossom into an epic picture of early America . . . . But wrong! (Cue big red X buzzer, audience sighs in unison: disappointed "Ooooooooh!"). In talking to summer employees at Deer Path School, I discovered that it is named only for Deer Path Road, on which it resides . . . and city officials had no idea why the road was so named . . . The most reliable source I spoke with said the name seemed "country romantic" . . . a spark of revelation from the subdivision contractor, no doubt! . . . Well, Heather Pettit is excited about her band. She knows them inside out, high and low, and she wrote me about them and the expectations she had for the coming year. Her letters literally oozed with enthusiasm! And THAT was the factor that sparked this piece . . . An upbeat, rhythmic dance episode dedicated simply to the joy of a group of young musicians and teacher excited about a piece of music they can call their own! And for you who follow . . . I invite you to take up the standard! After-all, we all need a little bit of excited joy for life to be complete! . . . So ooze some happy music of your own!