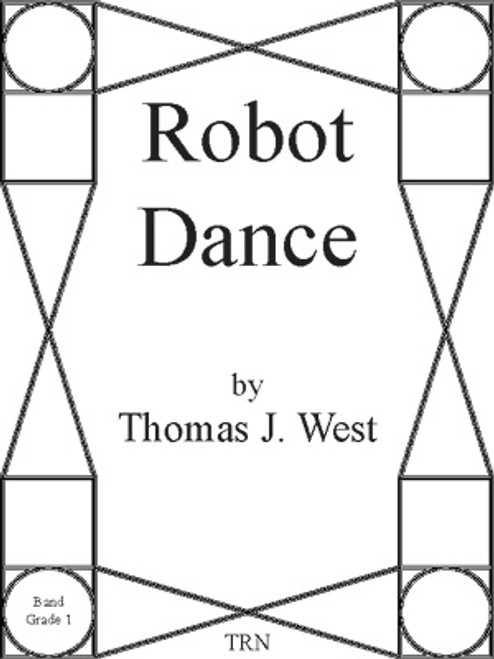 Robot Dance musically depicts the angular movements associated with the title. While the title was the original inspiration for the composition, it evolved as it was written into a vehicle to teach beginning band students how to play with rhythmic independence and light staccato playing style. In addition, the piece introduces them to minor tonalities not often found in beginning band music. The piece centers around C Dorian, with the center section hinting at F Minor. Care should be taken to balance all independent fragments of the melody in the center section as well as the ensemble crescendos. The flute cues should only be used if a xylophone player is not present or not capable of performing the short solo consistently.