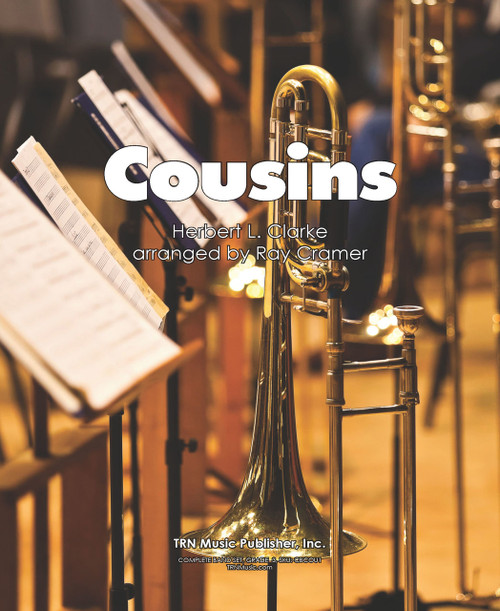 A duet for Cornet and Trombone by Herbert L. Clarke / arr. Ray Cramer. Cousins is arranged for solo cornet and trombone with band accompaniment. Clarke (1867-1945) is best remembered as "the world's greatest cornetist." He played with many symphonic orchestras and professional bands during his career, including twenty-five years as first chair and cornet soloist with the Sousa Band. He played over 6000 programmed cornet solos. His repertoire included over 300 memorized solos. He composed many of the solos he played, and teamed up with Arthor Pryor, the famous Sousa trombone soloist, to perform Cousins.