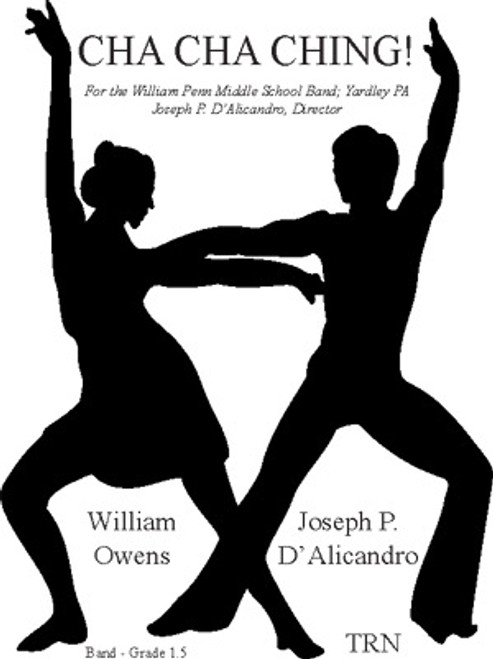 The Cha-Cha, originally known as the Cha-Cha-Cha, became popular about 1954. An offshoot of the Mambo, the Cha-Cha took a slower tempo and had its own distinct style. This setting for concert band is in the style of the Cha-Cha and features the percussion section. The music begins crisply and aggressively before settling calmly into a tuneful dance melody. The middle section features an array of percussion instruments from the Timpani to the Slidewhistle. The music then reintroduces the original dance melody and closes with a rather charming surprise ending.