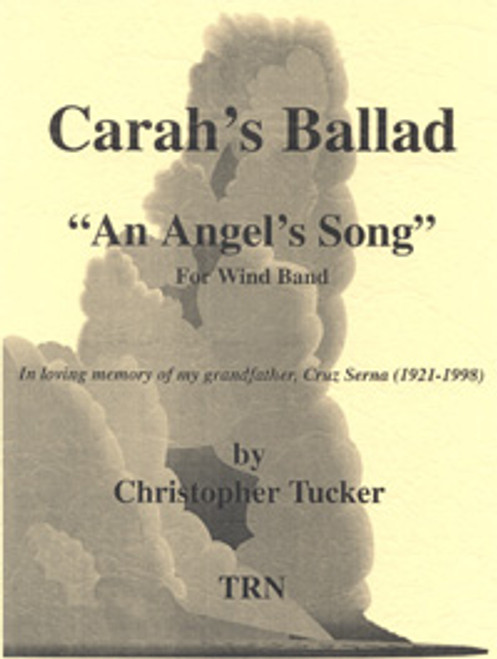 Carahs Ballad, " An Angels Song ", came about from my desire to compose wind band works. When composing, I chose to title the work Carahs Ballad out of a combination of two names, Carol and Sarah ( The name "Carah" would gain greater significance towards the end of the works development ). The composing and orchestration took a month, and the first version was completed in March 1997. During the summer of 1998, I revisited the work and made a great deal of changes and additions through use of orchestration and composition." The work contains two originally composed melodic themes and is laid out in five sections including introduction material. Because of college studies, the development of Carahs Ballad lasted for a year and a half and was completed on August 25, 1998. The next morning I received a phone call from my father informing me that my grandfather, Cruz Serna, had passed away that morning. In a state of mournful anguish, I envisioned an angel "Carah" lifting and guiding my grandfather to heaven. Because of these events, I added An Angels Song to the title and have dedicated Carahs Ballad "An Angels Song" in loving memory of my grandfather, Cruz Serna."