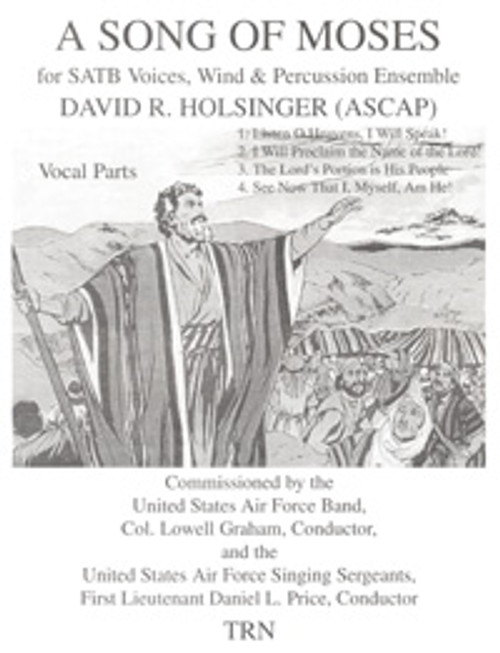 Composed in 1993, A SONG OF MOSES, consists of four movements for SATB Voices, Winds and Percussion, based on portions of scripture found in Deuteronomy 32. This section of the Old Testament deals with the final words of Moses, both prophetic and admonitory, given to his children of Israel shortly before his death. The composition had been originally sketched in 1992 for SATB voices and Timpani only. However, when approached by former Air Force Band Commander Alan Bonner, to write a work incorporating the superb talents of the Singing Sergeants with the Air Force Band, this earlier sketch took on added dimension and was greatly enlarged to include the vast panorama of musicians it now requires. This is Holsinger's second commission for the Air Force. In 1990, he wrote To Tame The Perilous Skies for the then Tactical Air Command Band under the direction of Colonel Lowell Graham, now the conductor of the Washington D.C. Air Force Band.