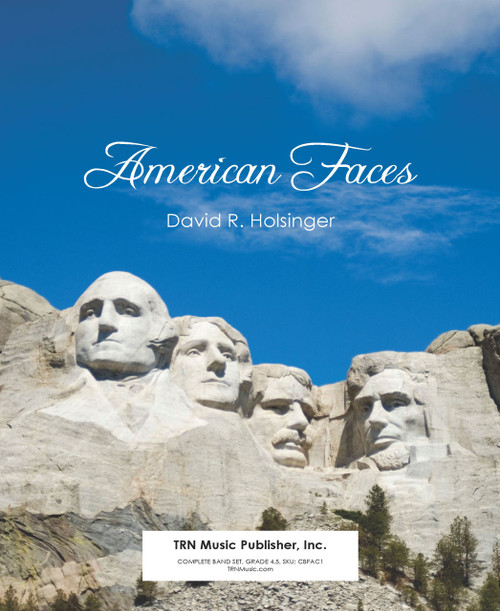 American Faces was commissioned by Scott McCormick and Bands of America for the 1995 Bands of America National Honor Band. It will be premiered at the National Concert Band Festival in the spring of 1995 and released by TRN immediately thereafter. Holsinger has attempted in American Faces to musically allude to the multifarious qualities and standards that make up the "faces" of America. It is not a patriotic montage, but rather an overture of diverse themes, original and borrowed, each conveying the composer's impression of the American exuberance, pioneering spirit, and underlying faith. (The piece is a grade 4 - about the same medium difficulty as Havendance).