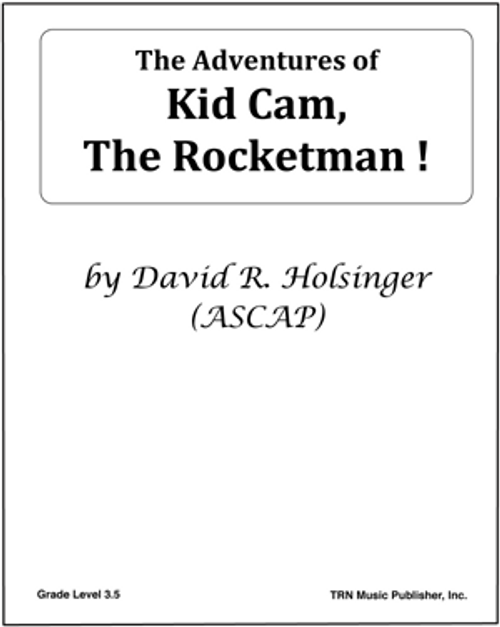 Adventures of Kid Cam, The Rocketman!, The

Adventures of Kid Cam, The Rocketman!, The

Part of my life’s journey as a composer has included the “Children’s Dances,” and now, in the past several years, it has become rather necessary that I move on to the next generation. In 2005, I wrote “Kaylen Dreaming” for my first granddaughter, and now it’s time for several more movements to be added to the “Grandkid Suite.”

Niles and Lindsay’s son, Cameron Rex, is ALL BOY. He is the apple of his mother’s eye and “pay-back” for his father! He is like every other youngster exploring the world, but his biggest obsession is ANYTHING that flies – Be it airplane, helicopter, or . . . super hero! So it seemed appropriate, at least at this juncture in life, to give the boy his own Theme Music. Look! Up in the sky! It’s a bird! It’s a plane! It’s KID CAM, THE ROCKETMAN! (And now you know who was one of my heroes growing up . . . )