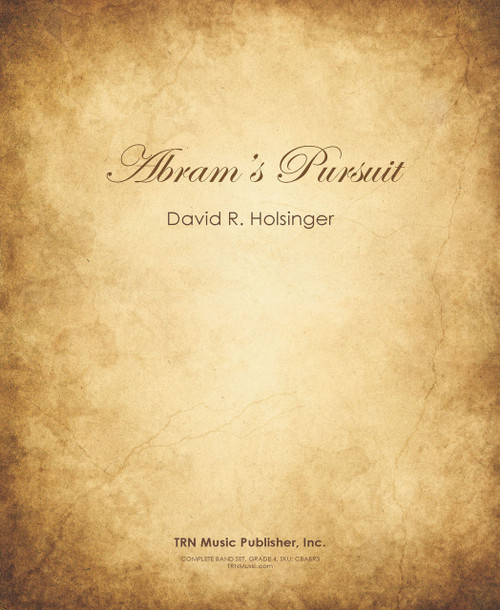 In the fourteenth chapter of Genesis there is a story of a rebellion led by Chedorlaomer, the King of Elam. Chedorlaomer and three other Kings joined together to ravage and conquer everything that lay in their path. They were met in battle at the Valley of Siddim (the Salt Sea) by an army mustered from the forces of the King of Sodom, the King of Gommorrah (pre-destruction days, of course . . .), the King of Admah, the King of Zebolim, and the King of Bela. Unfortunately this opposition army was not a match for Chedorlaomer and each of these city kingdoms, including Sodom and Gomorrah, were overrun. Chedorlaomer's forces, as was the custom, pillaged and fled with all the goods and provisions of the cities. Unfortunately for Chedorlaomer, his men also kidnapped Lot, Abram's brother's son. This of course, is the same Abram who later became Abraham, Father of the Jewish Nation, and a very close friend of GOD. (In retrospect, this was probably Chedorlaomer's "not-so-bright-decision-of-the-campaign"!) When Abram heard that Lot was taken captive, he armed three hundred and eighteen trained servants who were born in his house and went in pursuit of the invaders. With this small contingent, he divided his forces against the kings, attacked, and routed Chedorlaomer's entire army, recovering Lot and his goods, as well as all the women and people who had been kidnapped during the conquest!!