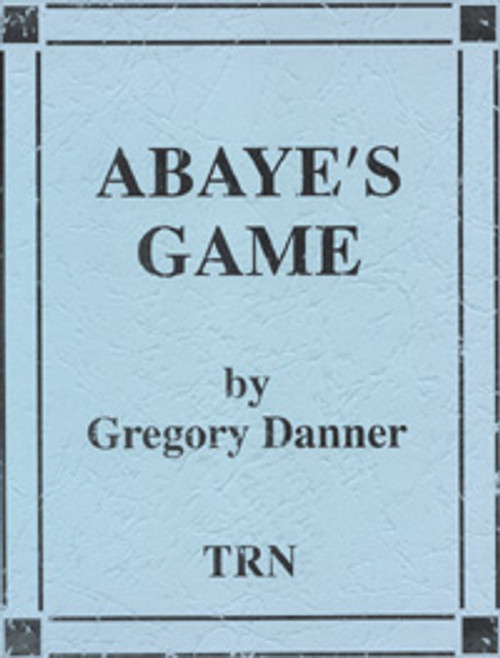 Abaye's Game (pronounced: a-bi-yuh) is influenced by the music of western Africa. This rich musical language is characterized by rhythmic drumming and simple, "tuneful" melodies. Music of western Africa is closely tied to daily life, and movement through dance or hand games is a part of making music. The melody for this EarthSong is based on a song used in a hand clapping game played in Ghana.

Several musical techniques common to African music are adapted and included in this composition. It is typical of African music to include sections where speaking or shouting is called for. The "shout" 4 measures before measure 25 should be an enthusiastic sound. A syllable such as Ha or Ya (long a's) (or a combination of these or different syllables) is recommended. The shouts do not have to be sounded at once, but can stagger somewhat for a more spontaneous effect. The whistling called for at measure 13 and 3 measures after measure 19 can be on various, even many pitches, whatever is comfortable for each player. Once a player finds a pitch, however, encourage them to keep that pitch for themselves rather than moving around. Players should breathe whenever needed, but try not to breathe at the same time as the person next to them. Characteristic of African music is the "call and response", where one voice sounds a short musical idea and then a chorus responds with the same idea. The percussion section sounds several rhythmic "calls" at measure 45, and then the other players respond by hand clapping the same rhythms.