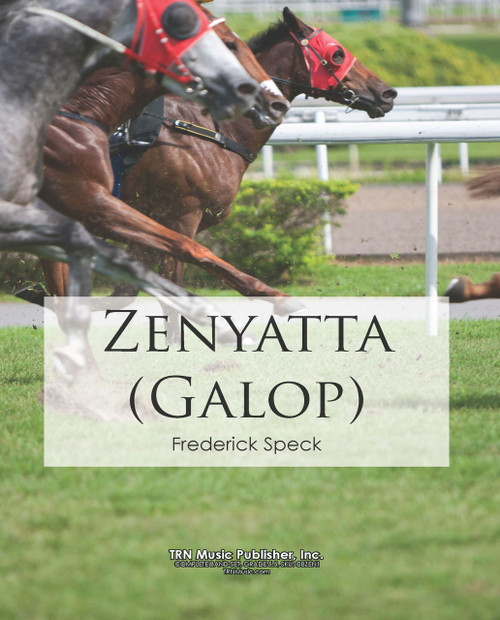 Perhaps the most famous of all galops is Offenbach's 'infernal galop' from Orpheus in the Underworld, but many others have been written by such prominent composers as Johann Strauss II (the 'Waltz King'), Dmitri Shostakovich, Franz Liszt, and of course, the famed American bandmaster, Karl King. Named after the fastest running gait of the horse, this style of music reveals unbridled exuberance and spirit. It was sometimes even referred to as the 'post horn' galop in reference to the valveless coiled trumpet once used to signal the arrival of the post rider.

Zenyatta takes its title from the 2010 International Horse of the Year. In her spectacular career, she was only beaten once in twenty starts, and that single time by a Kentucky-bred bay colt, who will always carry the blame for barging in on this Cinderella's last dance in the Breeders' Cup Classic. Yet, there is one more curious musical connection with the title and the name Zenyatta. Owner, Jerry Moss, named his horse after the album, Zenyatta Mondatta by the English rock band, "The Police." It's a word merger of French and Sanskrit which means, "on top of the world."