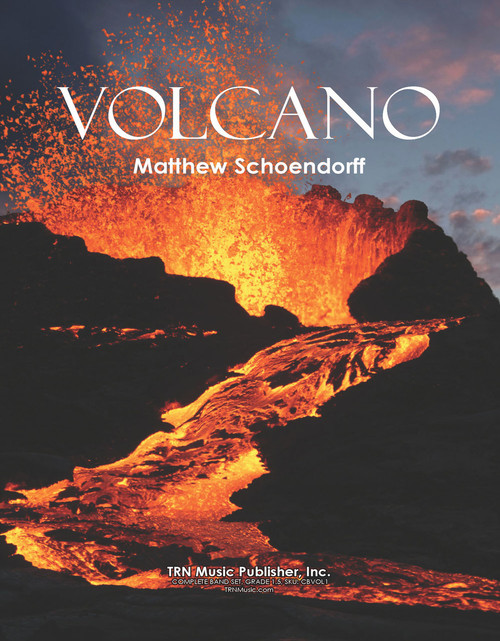 Volcano! is exactly what the title suggests. It is a musical depiction of a volcano erupting, one of the most violent and destructive forces known to man. The percussion is featured in many places, including the use of an anvil. The anvil signifies a volcano's namesake, Vulcan, the Roman god of fire and metal-working. In mythology, Vulcan is depicted as a metal-worker who resided in the depths of a volcano. The volcano would spew forth hot fiery lava whenever Vulcan was at work.