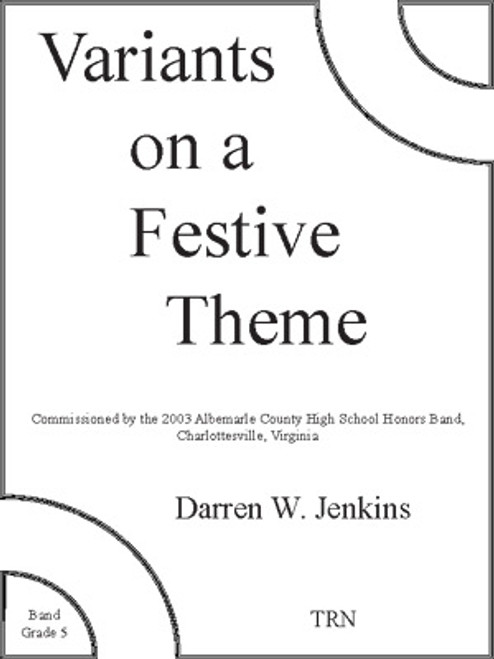 Variants on a Festive Theme

Variants on a Festive Theme

Variants on a Festive Theme was commissioned by and written for the 2003 Albemarle County High School Honors Band, Charlottesville, Virginia as part of their annual commissioning project. The initial festive theme is stated first in the horns. The piece has three main sections. Reminiscent of a movie style march, the first section is lively and march-like. The transition to the second section is very etherealbut still uses the framework from the original theme. Slower and more reflective in nature, the second is primarily a treatment of the theme in a minor key. The third section is a lively 6/8 march in which the theme is passed around to various instrument groups within the ensemble while building to a climactic layering of different motifs based on the theme. Restatement of the theme ends the piece, as per the beginning of the work, and then drives through to the triumphant conclusion.