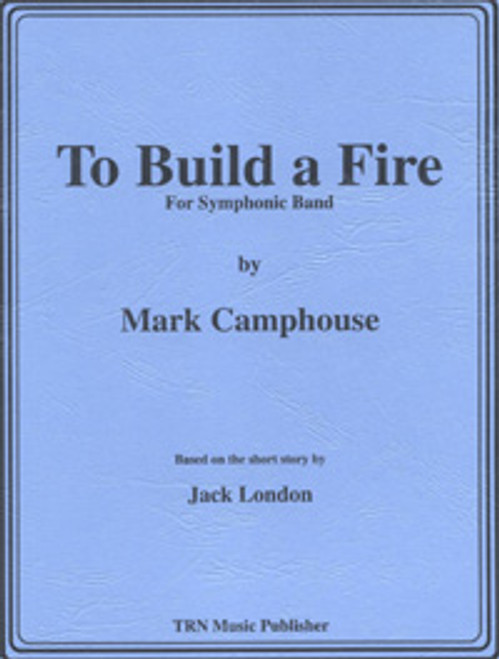 To Build a Fire

To Build a Fire

To Build a Fire was sketched, composed and orchestrated during an eight month period: June 1990 - January 1991. Commissioned by The United States Army Band and dedicated to Conductor Emeritus Colonel Eugene W. Allen, To Build a Fire is a freely composed 17 minute quasi-tone poem -- a general impression of the Jack London short story. Since first reading the story as a high school student, Camphouse always wanted to create a musical setting of this stark, powerful and enduring American literary classic. To Build a Fire was premiered at the Kennedy Center on March 4, 1991, by The United States Army Band under the direction of Colonel Bryan Shelbourne. To Build a Fire was selected as the winning composition of the 1991 Fifteenth Annual National Band Association Composition Contest.