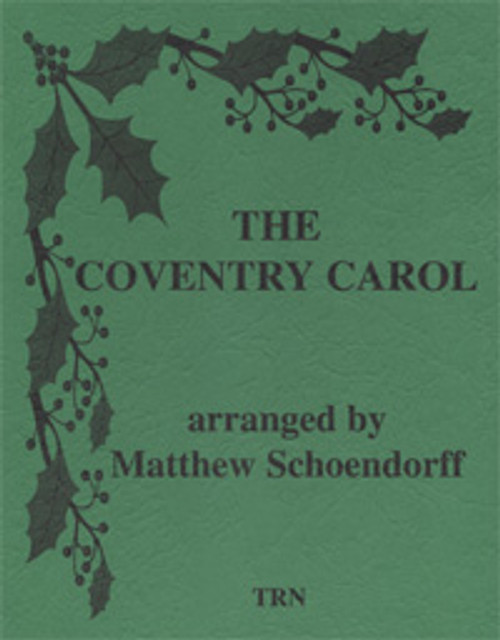 The Coventry Carol is a traditional Christmas carol that dates from the sixteenth century. It probably originates from a Pageant in the English town of Coventry about the slaughter of children by King Herod at the time of Christ's birth. True to carol form, The Coventry Carol, when sung, contains a verse and a refrain for each repetition of the melody. This arrangement is a setting of the traditional carol that repeats the tune three times. Because of the Renaissance implications, open intervals are used in the introduction and beneath the oboe solo. For balance considerations, it may be necessary to reduce the number of flutes and clarinets playing at the beginning so that the oboe can be clearly heard. After a contrapuntal transitional variation on the opening section of the tune, it is introduced again as a reed choir dominated by saxophones and augmented by arpeggiating clarinets. The melodic line is alternately doubled in the trumpets and the trombones/euphoniums, but the saxophone should remain the dominant sound. The final setting of the tune is a grandiose version. The sustaining counterlines are just as important as the melody, and should be treated as such. When the clarinets complete the tune at the end, it should be a sudden dynamic change coming out of the ringing suspended cymbal. The major third in the final chord should be clearly heard, as it is the only reference to the Picardy third originally found in the tune.