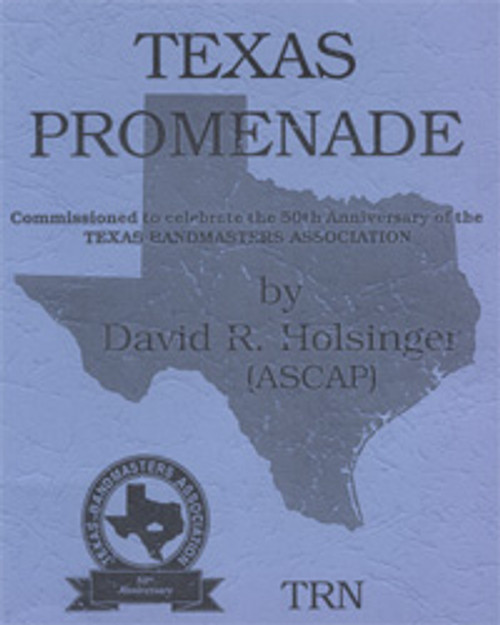 Even as a young band director in Missouri, I was aware that there were two great places to go every year with the single intent of celebrating bands . . the Mid-West International Band and Orchestra Clinic in Chicago in the winter, and TBA in San Antonio in the summer! As the Texas Bandmasters Association, the world's largest state band organization, prepares for its 50th Anniversary Convention, I am honored to have been asked to play a small part in the celebration! Texas, and all it entails, is undeniably a State of Mind! It is a country so diverse and expansive in its vision that it defies summation in a single statement! And Texas Band History is no less extraordinary! Pete Wiley could talk for hours about his father's generation, a wealth of Texas Band Hall of Fame members, and the knowledge he gleaned growing up in the rich texture of the Texas band tradition. My friend, Robert Foster, literally "glows" when he speaks of his Texas bandmaster father and the musical heritage he experienced growing up as 1st Cornet in his daddy's band! Real (and psuedo) cowboys, pickup trucks, football, and marching bands are as "Friday-Night-Texas" as you can get! (Practically a religion in some parts of the state!) . . . and what a heritage of great concert organizations as witnessed by the many Lone Star Bands that have performed in Chicago in the winter. For 50 years, the Texas Bandmasters association has served generations of musicians and directors, and helped to guide the state's diverse band tapestry into national and international prominence. One popular bumper sticker I often see states: "I wasn't born in Texas, but I got here as fast as I could!" Well, I'm glad I got here fast enough to be a part of these festivities and I hope you find the enthusiasm and spirit of Texas Promenade contagious, no matter what part of the world you live in!