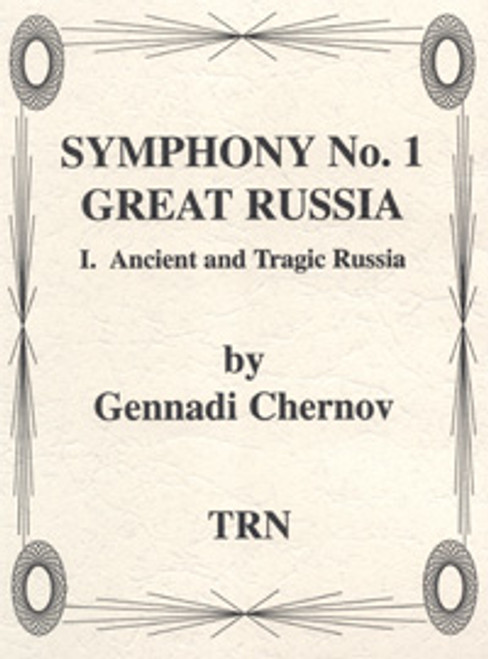 Symphony No. 1 "Great Russia" was written especially for the Russian Federation Brass Band (finished in October 1972). The premier by that band on April 15, 1974 in Moscows Chaikovski Hall, under the direction of V. Kataev was memorable. It was later to be performed repeatedly in Russia, Ukraine and Hungary by Radio Moscow recordings (A. Michailov, conductor). Gennadi Chernov, in his Symphony No. 1 "Great Russia" is continuing to develop the great traditions of Russian music, coming from M. Glinka and from the so-called "Mighty Handful" - members of Balakirevs group - A. Borodin, N. Rimsky Korsakov, M. Mussorski and others. Chernovs music is marked by epic breath, manliness and life-asserting character, vivid musical colors and rhythms. Symphony No. 1 Great Russia is like a series of great frescoes: