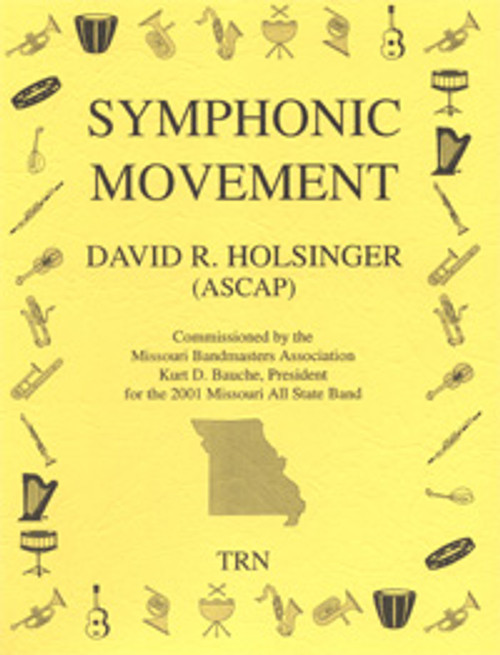 Unlike a number of Holsinger's works, Symphonic Movement is not based on any programmatic or extramusical event, but is rather an exploration into a genre more akin to absolute music, where musical lines and rhythmic fragments are developed in formalistic order, elaborated, transformed and combined with other material to create the whole. In other words, music formally created to be simply . . . music. Symphonic Movement was commissioned by the Missouri Bandmasters Association for the 25th Anniversary of the Missouri All State Band. As a young band director who began his career in Missouri, the composer remembers that very first All State Band, and is very proud to be asked to provide a piece de resistance for the 25th edition of this marvelous tradition.